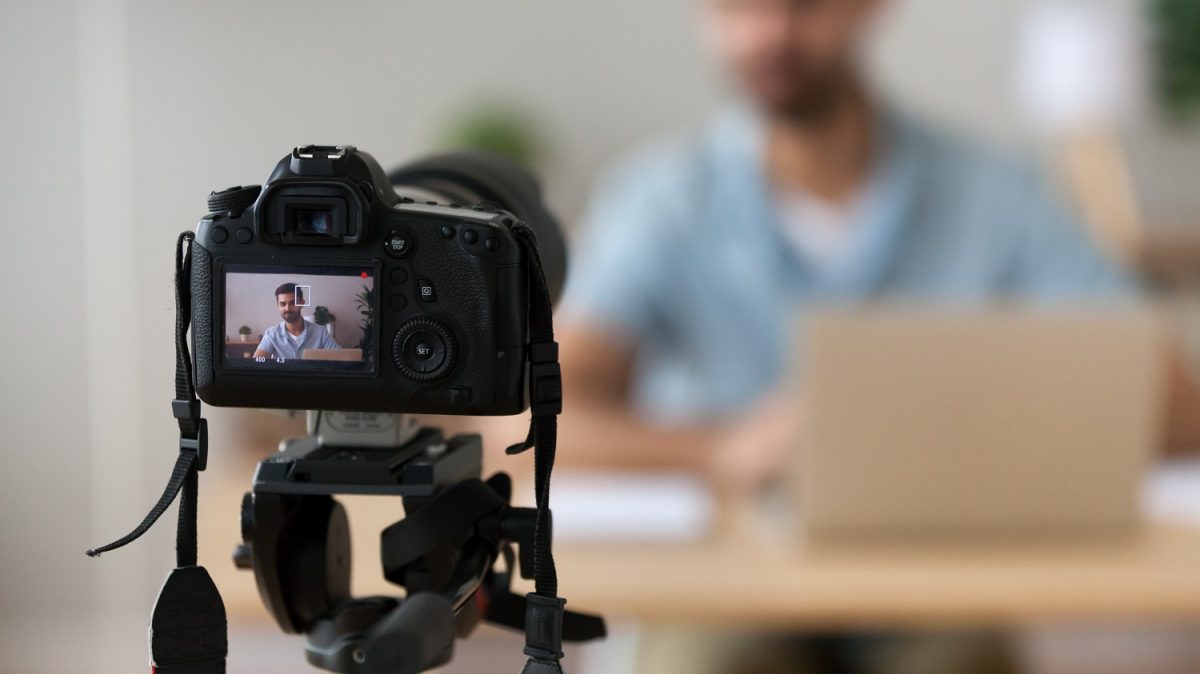 Fr. John Sanderson has served in ministry for almost 25 years. His experience has journeyed him through a multi-parish appointment in Central Victoria, service in the Army, Christ Church St Laurence in central Sydney and most recently as vicar at St George’s East Ivanhoe.

Fr. John joined the Beginner’s Guide to Live Streaming workshop and he has kindly shared his experience of his digital church technology evolution through lockdown.

Sunday 29 March
Began live streaming (Facebook) of services from our chapel utilising an iPhone XR in landscape format on a tripod with external Boya directional microphone utilising the church NBN connection, and a fixed camera angle on altar with lectern adjacent. Minimises movement and need to pan or zoom with the camera.

Lesson learned
Even being close to NBN gateway modem still has dropouts in streaming and limitations with microphone.

We quickly evolved to an iPad Pro 2019 edition in landscape view on a bracket on a professional tripod with twin lavalier Boya microphones paired with the iPhone XR live streaming to Facebook via 4G. These microphones improve the quality of sound, the iPad allows for ease of panning and very limited zoom in and out, but limitations due to focal length of lens. Lens in iPad Pro is basically the same as iPhone XR.

We were going to move to YouTube live streaming but we had by that time built up an audience on Facebook so didn’t want to move the audience from one platform to another.

Post-live streaming we download from facebook and are using iMovie to add the music at the beginning and end of the service to create one product to be published on our newly created YouTube channel.

Tip
Use the automatic settings in iMovie to equalise sound when bringing different clips together.

Tip
When uploading finished products connect your iMac to your NBN Gateway using a cable rather than wireless connection to modem, greatly increasing speed of upload.

We have fine acoustics and clear sight lines in our church but have invested in new microphones (sennheiser) and decluttered the church, which was already pretty tidy, but when watching back videos it is surprising what you notice. New speakers, amp and subwoofer from 20 July onwards.

Next step for us is to invest in permanent equipment for streaming. Due to budget issues we will probably rent some equipment from Anthony before investing in a solution proposed by Anthony that will allow us to live stream to 3 channels (Facebook, YouTube and web site) with the sound from our microphones hard wired into the computer doing the processing/streaming.

One of the challenges is how to engage with a live audience with a congregation present so that the stream doesn’t descend into a cut down outside broadcast of a service and so the viewer is reduced to being passive rather than engaged with the service. We (I) see these as opportunities.

Lots more lessons, but the above basically reinforces all that you said, but encourages others to try and to experiment.

We managed to do this all on a budget, about $500-600 on the streaming equipment (microphones, tripod, cable connections, brackets), whereas the other audio upgrades have been much more expensive.

Sound is key, lots of variables involved in streaming, many of which are out of your control, particularly the viewers hardware, apps and wifi connectivity, but many assume it’s always something that you are doing.

Thank you Fr. John for sharing your learnings and experience.

What has been your tech journey through Covid-19 with digital church?

2. Join the Digital Task Master and connect with organisation leaders who are growing their digital capability too

It’s our Facebook community for you to share wins and work together on digital strategy, workflows, systems and implementation. — Join here

3. Join our DIGITAL FORWARD PROGRAM and transformation your organisation

If you know you need to transform online: I'm working with a few leaders for the next 10 weeks to help them get clarity with their digital strategy to save thousands of hours over $50K in the next year. If you'd like to start this month, shoot me an email with the word FORWARD, and I'll get you all the details.